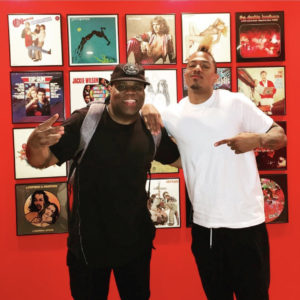 Eminent A&R executive Jeffrey Sledge’s expansive career in the music business spans almost 30 years. Sledge began his career at indie label Wild Pitch Records in 1989 as the National Director of Rap Promotion after answering an ad in the NYTimes. A chance meeting with Barry Weiss at the Jack the Rapper convention led to a professional rapport, and eventually a position at the Weiss-helmed Jive Records where Sledge eventually rose to VP of A&R. During his time at Jive, he lent his hand – or ear – to some of our most classic Hip Hop and R&B works from acts including A Tribe Called Quest, Too Short, UGK, and more. Sledge most recently spearheaded Missy Elliot’s highly anticipated return as SVP of A&R at Atlantic Records, and is now working with new talent for his own production company. @iamjeffsledge Naima’s somewhat winding path through the entertainment industry began as an intern at Bad Boy Entertainment in 1999. From there, she joined the Arista Records team under the new leadership of LA Reid, and then went to work on the event side of the business with storied NYC event planner and promoter Jessica Rosenblum. For the bulk of her career, she was a marketing executive in the Sony Music system, first as part of first Columbia Records, and then with Epic Records, spearheading projects for artists including Beyoncè, Odd Future, Juicy J, Ciara, Jidenna and John Legend — the latter which developed into a relationship that prompted a jump to the management side.  After two years as part of John Legend’s team, Naima branched out on her own, and now balances marketing consulting and strategy with music and culture writing.  She is also the creator and curator of the popular #MusicSermon twitter series. @naima 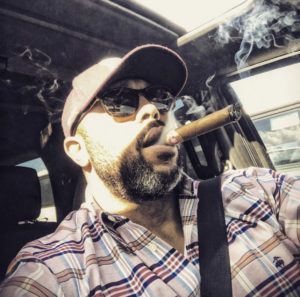 After working as security at Hip-Hop’s famed Tunnel nightclub in NYC, Shawn got his official start in the entertainment business as bodyguard for Busta Rhymes, and has overseen logistics for some of hip hops most notable acts like Missy Elliott & Tribe Called Quest.  After a few years, he made the transition to Tour Manager for acts like Mobb Deep & Next. Shawn left the more “adventurous” side of the entertainment scene in 2003 to hold down the homefront with his two kids as a balance to his mogul wife and partner. In addition to still keeping the things tight at home and acting as road manager dad for his daughter, Shawn currently serves as Poplife’s designated security and operates as the GM for Monami Entertainment, the full service Entertainment company responsible for VH1’s top-rated Love & Hip Hop series. @sdy292